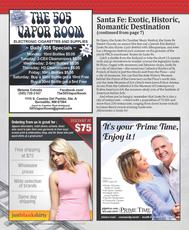 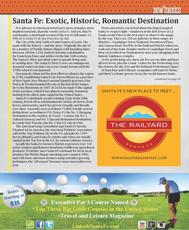 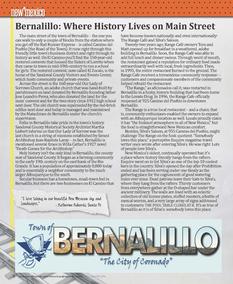 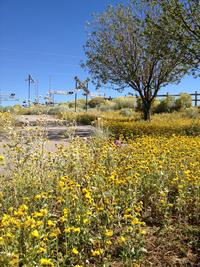 Few phrases in American travel carry more romance, more implied exoticism, than the words Santa Fe. And yet, they’re a nickname, a shorthand version of the town’s full name: La Villa de la Santa Fe de San Francisco de Asis.
The City of the Holy Faith of Saint Francis of Assisi. The name tells the history—and the story. Originally the site of by a number of Pueblo Indian villages with founding dates between 1050 to 1150, Santa Fe became a destination for Franciscan friars and settlers in the late 16th century. The Santa Fe River provided water to people living and/ or settling here. The Santa Fe River is now an endangered, seasonal waterway that was a year-round stream until the 1700s when it was dammed.
Don Juan de Oñate led the first effort to colonize the region in 1598, establishing Santa Fe de Nuevo México as a province of New Spain. New Mexico’s second Spanish governor, Don Pedro de Peralta founded the city at the foot of the Sangre de Cristo Mountains in 1607. In 1610, he made it the capital of the province, which it has almost constantly remained, making it the oldest state capital in the United States. Santa Fe is definitely award-winning. Early in the 20th century, it took off as a destination for artists, art lovers, food lovers, and tourists, and it has grown virtually and literally ever since. Currently a town of about 75,000, it holds several distinctions: according to USA Today it’s the No. 1 Shopping Destination in the country; in Travel + Leisure, the No. 1 Cultural Getaway and No. 1 Spa and Relaxation Destination; in Condé Nast Traveler, the No. 2 Top U.S. City to Visit. The American Lung Association says Santa Fe has the Cleanest Air in America; the American Podiatric Association calls it the Top Walking City in the U.S. (despite its 7,199 feet in altitude), and Santa Fe cuisine and wines are usually ranked in the Top Ten in the U.S. by various culinary sources. Locally the Santa Fe Farmers Market represents over 150 active vendors and features hundreds of different agricultural products. To further meet Santa Fe’s demand for fresh, local produce, the Market began operating year-round in 2002, and with more and more farmers using extended growing techniques, the “off season” becomes more successful every year.

Poets and artists wax lyrical about the famed, magical Santa Fe vespers light—sundown at the Bell Tower at La Fonda on the Plaza is the best place to observe the magic, by the way. There are 250 art galleries in three major art districts—Guadalupe Street/Railyard, Downtown/Plaza and Canyon Road. You’ll be in the Railyard District when you walk out of the train. Wander north on Guadalupe Street and then west a block on Manhattan to start your shopping at the historic Sanbusco complex.

As for performing arts, there are live acts in clubs and bars all over town, plus the Lensic Center for the Performing Arts, the Armory for the Arts and the Railyard Performance Space. At least four active theatre companies call Santa Fe home, and there’s a home-grown circus, the world-famous Santa
Fe Opera, the Santa Fe Chamber Music Festival, the Santa Fe Desert Chorale, an annual film fest and a Jewish film festival. Santa Fe also shares a jazz festival with Albuquerque, and even has a bluegrass festival each summer on the grounds of the yearly PRCA-sanctioned Rodeo de Santa Fe. 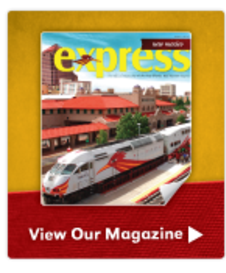 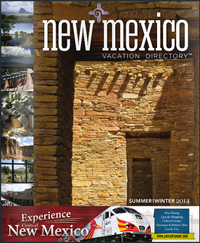